We weren't looking for a change; although we should have been.  As our lives became busier and busier, our bodies had ballooned to nearly 300 pounds.  Like so many people, we knew - but we didn't notice.  Over the past 10 years it was a gradual progression, but when you start buying the 3X shirts, you can no longer deny there is a problem.

We began our 1st Body by Vi 90 Day Challenge on August 1st, 2012 - hopeful, but with a tinge of doubt.  We had both tried unsuccessfully to make a change before.  We had heard the same empty promises from other weight loss "ideas".

From that day, we simply followed the program.  We drank 2 Vi-shape shakes per day.  We used the ViTrim hunger control drink and ViSlim metabolism booster. We didn't count calories, we didn't completely overhaul what we ate.  We just made that one small change.

Instead of a complicated program, Body by Vi simplified our lives.  Rather than be forced to buy and assemble 3 balanced meals each day, on the Challenge we only needed to worry about 1 meal. Body by Vi took care of the other two.  Best of all - it really worked.  Just look at our photos.

At the same time, we began our odyssey of entrepreneurship with ViSalus. Again, it was simple.  We simply challenged people to join us & take charge of their health.

90 days after we began, we had lost a combined 100 pounds, had earned the BMW bonus and Dawn was able to quit getting up at 4:00 am to go and make the donuts as she became a full-time business owner again.

In February, Dawn was chosen as a Monthly Finalist with a chance to be a Body by Vi Champion.  In addition to that honor, we became National Directors with ViSalus as well in February.

Over the summer of 2013, we began to put our lighter bodies to use, training for our first 5k run.  Later that fall, both of us crossed the century mark in lbs lost and joined the Vi 100 lb club.

Over the past year, Dawn has finished seven 5k races and Sam has completed eight 5ks, a half marathon and two sprint Triathlons.  In October, Sam went beyond what he thought was possible and finished his first half-Ironman distance Triathlon.

As of today, March 28th, 2015, we have now lost over 225 pounds together. Our lives have been transformed by Body by Vi in ways that looking at our pictures will never reveal. How we feel about ourselves and each other has been elevated beyond our wildest imagination.

But even better is that we have been able to share this experience with others. We get to see lives change each day, from better health, to helping others achieve the freedom to go and do so much more physically and financially.

We'd love the chance to help another person today.

Will it be you?

We Challenge you to join us in losing 10 lbs.

Are you up for the Challenge? 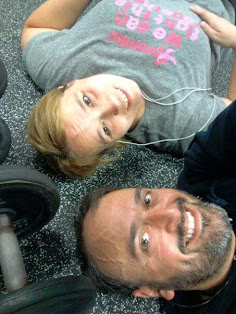 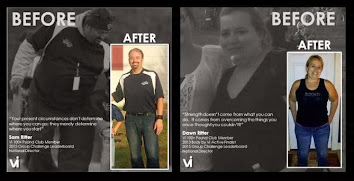